The creation of Lands of Venice was made possible thanks to the work and contribution of different entities.

The Conference Association of the Majors of the Veneto coastline include the Municipalities of San Michele al Tagliamento, Caorle, Eraclea, Jesolo, Cavallino-Treporti, Chioggia, Rosolina, Porto Tolle and Porto Viro.

The Conference of Majors was instituted according to a regional norm for the purposes of addressing and promoting initiatives located in the area of the Veneto coastline. To make the experience faster and more efficient, the procedural committee responsible for the approval of the development projects of the coastline municipalities decided to form an “Association”.

The idea is to collaborate and operate as a group because the current problems impact on vast areas.

This is way, the association aims to invest in the tourist promotion of the beach destinations and their countryside, but also to work towards executing important infrastructural works, especially ones which are viable by nature, safeguarding interventions on the coastal region, collaborating not only with the local organisations, but also with the interested economic categories. In this sense, the Veneto region performs the role of a control room to intercept European and national resources, while the Conference is created with the purpose of bringing to the tables of the regional, national and European governments regulations decided upon from below.

The “Conference of Majors of the Veneto Coastline” has the role of promoting all initiatives that the Municipalities are part of, in single and associated form, and chooses whether to execute these projects in several environments for the purposes of:

The idea is to expand participation to other municipalities in order to reach Trieste, but even to try and involve coastal municipalities of Emilia Romagna within a framework of even greater collaboration. 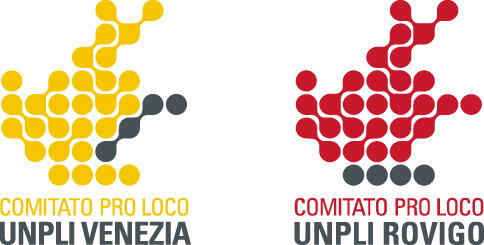 The Pro Locos are non-profit Associations aimed at promoting and developing the lands of the municipalities where they have been instituted and those nearby, defending their cultural, environmental and historical heritage.

The Associations are made up of volunteers who operate in the region and conduct their “work” with passion and professionalism because only with strategies, clear ideas and professionally qualified figures is it possible to preserve a land which is both magnificent and delicate, allowing to contribute to the creation of quality tourism.

The Pro Locos commit to promoting, learning about and exploring the beauty of the landscapes, monuments and products of the land and sea, because they are convinced that they are the ingredients for a sustainable kind of tourism all year round.

The Organisations are attentive both to the needs of citizens and those of the visitors in our cities and relevant sites; in addition, the Pro Locos pay particular attention to the needs of the tourist operators by providing the necessary tools to improve the quality of life in the different locations.