THE LAND OF THE TIEPOLOS

Lagoon and waterways in a fantastic location

The area of the Decumano is located between Venice, Treviso and Padua, at the crossroads of numerous communication routes; it includes the municipalities of Scorzè, Noale, S. Maria di Sala, Pianiga, Mirano, Spinea, Salzano and Martellago.

The area takes its name from the great centuriation of the Romans, who in their organisation of the land, from cities to encampments, used to trace two main axes: the Cardo (from North to South) and the Decumano (from East to West). The lands to be distributed to the settlers according to these two axes, were then further subdivided creating other lines, in order to form a grid that would allow for the alignment and the exact distribution of the lands from the “ager publicus”. In the central territory of the current province of Venice, this structuring – carried out in the 1st century at a the time when Padua became a municipality – it was particularly precise and evident, so much so that it has been maintained to our present day. The area defined by the “Roman grid” preserves the ancient system not only in the subdivision of the spaces but also in the name of the area, such as for example via Desman. The Romans are responsible not only for the centuriation but also with the great communication routes – such as via Annia (from Adria to Aquileia), Postumia (from Genoa) and Claudia Augusta (in the direction of what is currently Austria) – the management of the water ways and the construction of important centres.

The history that followed after the barbaric invasions is connected to the ruling of the cities of Treviso, Padua, and Venice by many lords, bishops, and local noblemen, from the Tempesta family to the Ezzelino da Romano. This passing of hands continued until the end of the 1300s and the beginning of the 1400s, when the dominion of the Most Serene Republic began.

When the dominion ended in 1797, Venice crumbled before Napoleon and then passed under Austrian dominion; the Austrian ruling ended with the wars of independence and the annexation to the Kingdom of Italy. 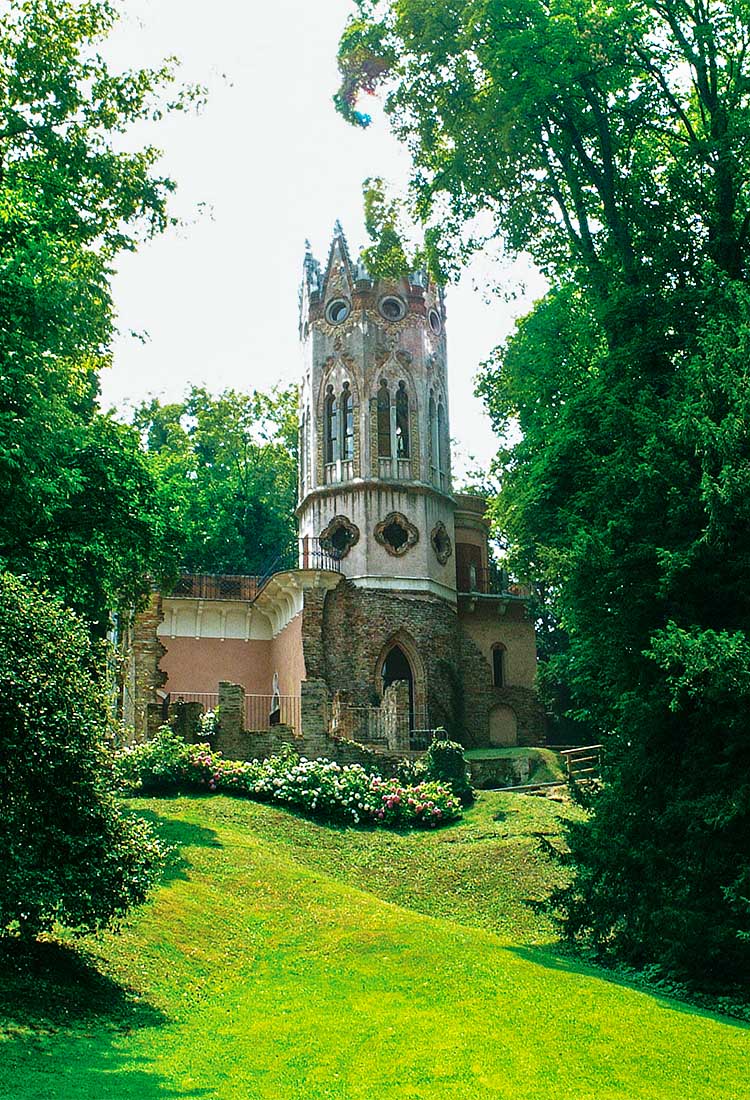 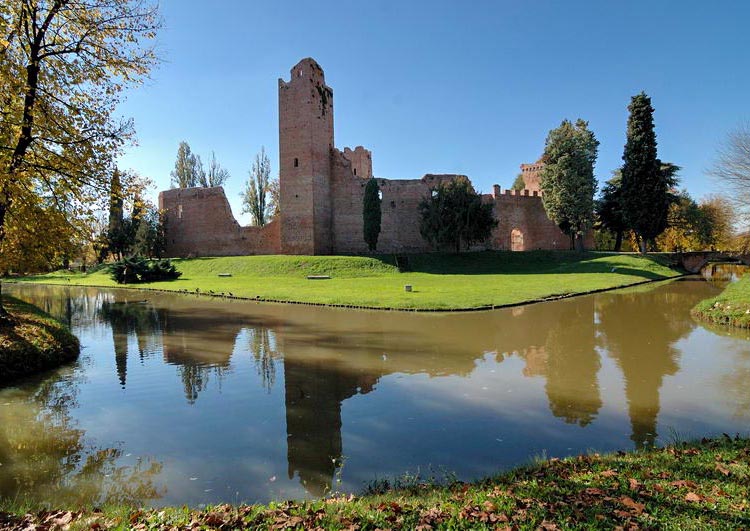 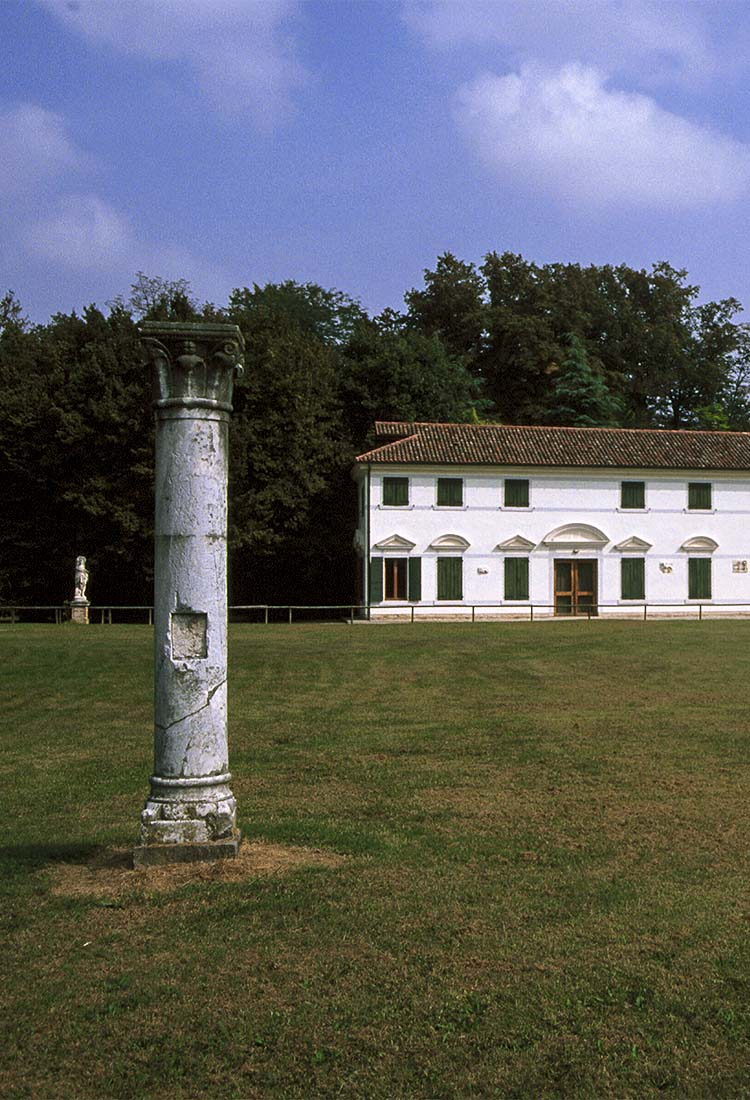 The Venetian Lagoon, which formed from the melting of the icecaps after the end of the last glaciation, has changed over the years. It has witnessed the lowering of the ground due to the progressive consolidation of the flood deposits and the rise of the sea levels. When the old plain flooded, some areas of the land remained above sea level; these have become the islands of the newly-formed Venetian lagoon. Then, the sandbars of the coastal dunes, which formed thanks to the sands transported by the water ways, became the natural border between the Adriatic and the lagoon. Of the entire lagoon surface, only 5% is made up of lands constantly above sea level – the islands – while 20% is represented by salt marshes, lands right by the water covered by vegetation which is particularly resistant to salt. All the lagoon is traversed by canals which are more or less deep.

The lagoon is separated from the open sea thanks to the beaches, long sandbars sometimes manmade. Communications with the open sea are possible thanks to the inlets of Lido, Malamocco and Chioggia. The water enters from the sea every six hours and exits after another six.

The itinerary, which allows you to encounter historic traces from the Middle Ages to the 1600s, starts in Scorzè; it then descends to the stronghold of Noale and traverses the area of the Roman centuriation, reaching S. Maria di Sala and Pianiga.

Then, it’s back on the road towards Mirano and Spinea, onto Salzano, then onto the North towards Martellago. From here, we reach the islands of Lido di Venezia and Pellestrina, where the itinerary ends. 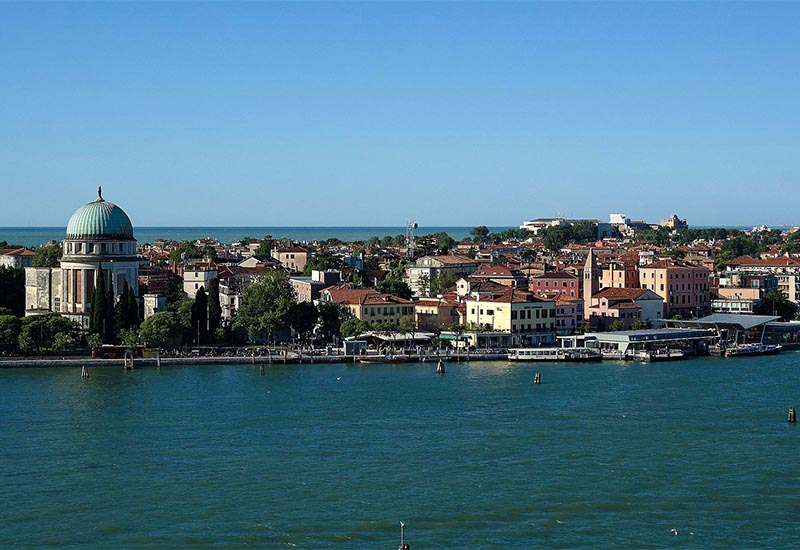 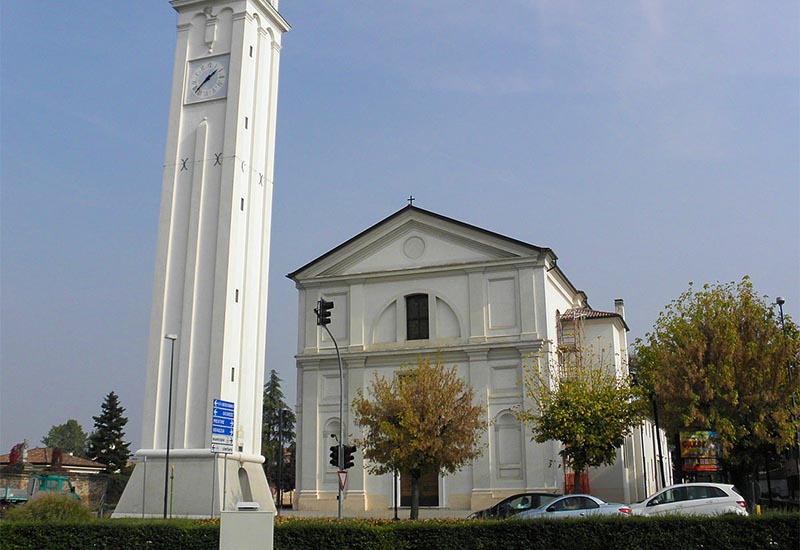 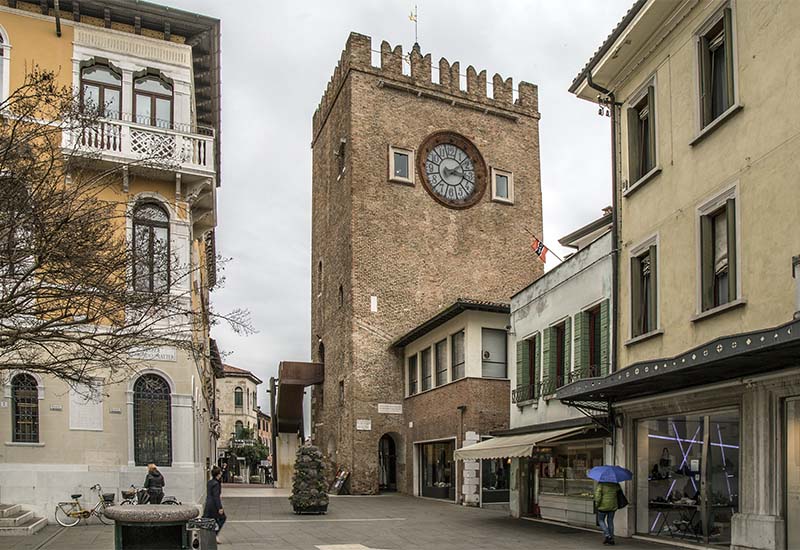 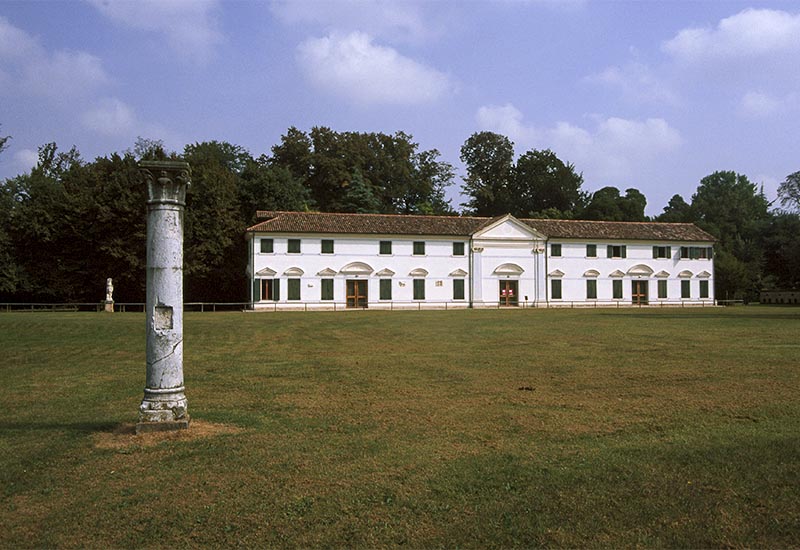 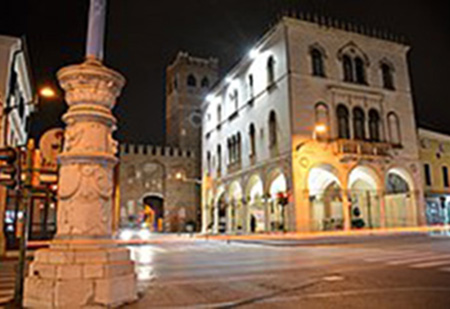 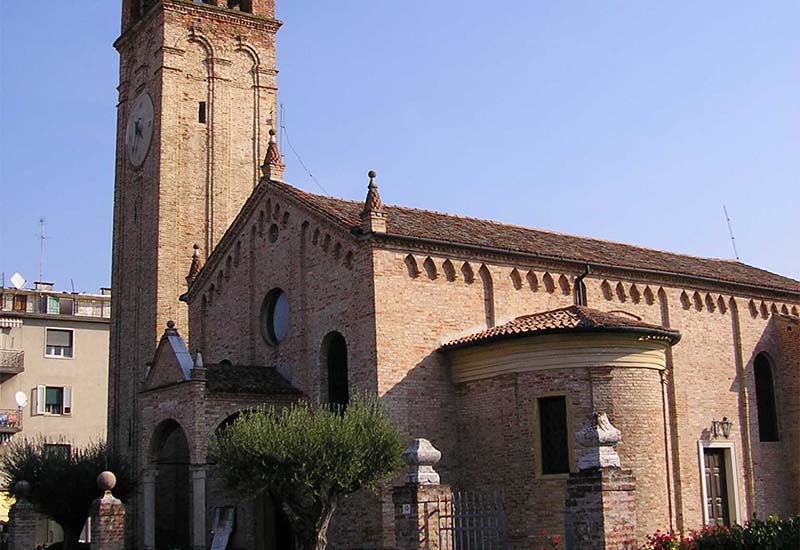 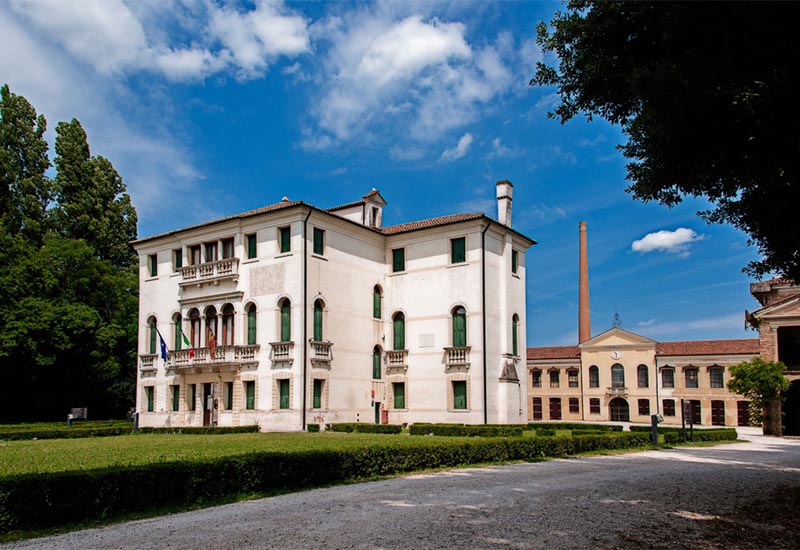 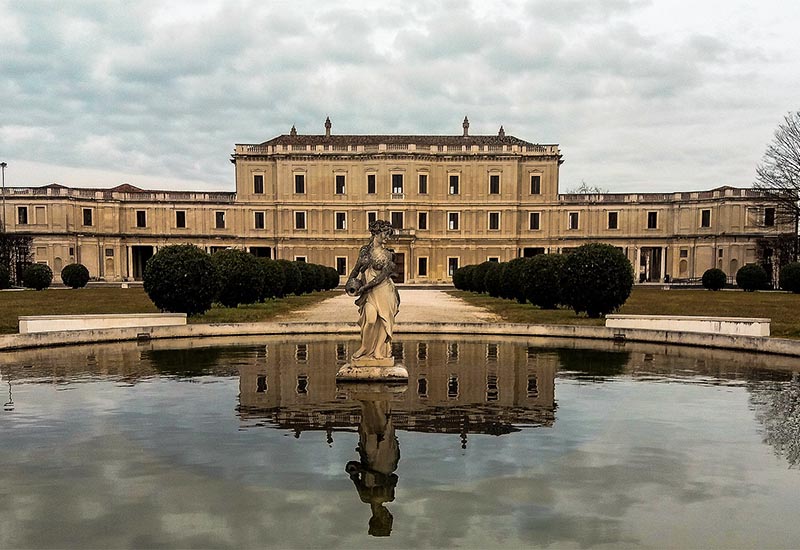 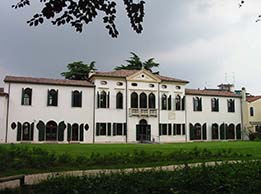